Apologies but I can only send to the UK/EU at present.

​REVIEWS:
'Nikki’s energy rustles behind each line, as she plays with familiar words and makes
​them at once more explicit and more unknown.'
- Judy Darley, SkyLightRain 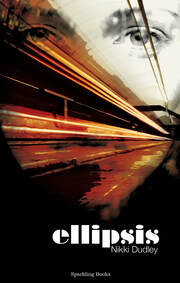 "Right on time," Daniel Mansen mouths to Alice as she pushes him to his death. Haunted by these words, Alice becomes obsessed with discovering how a man she didn't know could predict her actions. On the day of the funeral, Daniel's cousin, Thom, finds a piece of paper in Daniel's room detailing the exact time and place of
his death.

As Thom and Alice both search for answers, they become knotted together in a story of obsession, hidden truths and the gaps in everyday life that can destroy or save a person.

Ellipsis is a disturbing thriller stemming from what is left unsaid, what bounces around in the mind and evaporates when trying to remember. Can there be a conclusion when no-one seems to know the truth?

REVIEWS:
'It’s a tale that will keep them wondering, gasping, thinking, smiling, grimacing, rereading.
What more can a reader ask for?'
-Mike Lipkin, Noir Journal

'The cover of Ellipsis reflects perfectly what's in the tin.
An original and disturbing psychological thriller that never lets up.'
- Sally Spedding, author
​
'This is the type of story that keeps a reader up half the night.'
- Maureen Vincent-Northam, author 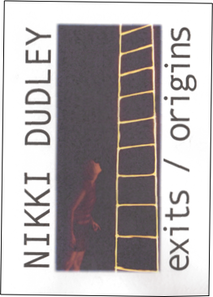 REVIEW:
'Dudley’s indulgence of what the poet Charles Bernstein has called ‘writing centered on its wordness’ gives her poems their depth, their energy, their humour and their resistance of closure.'
​- Colin Herd, poet
Online Publications
The Delinquent magazine - issues 4, 5, 6, 7, 8, 9, 11

Long-listed novel in the Virginia Prize for fiction 2020

Shortlisted in the London Writers competition 2003 and won the Promise Prize for poetry in 2005. Also shortlisted in the IdeasTap Inspires programme in 2014.
Copyright © 2019 · All Rights Reserved · Nikki Dudley
Proudly powered by Weebly